Not only was Rachel Hendrix’s first part in a film a lead one, but said film October Baby has become a worldwide hit, especially in the Christian community. 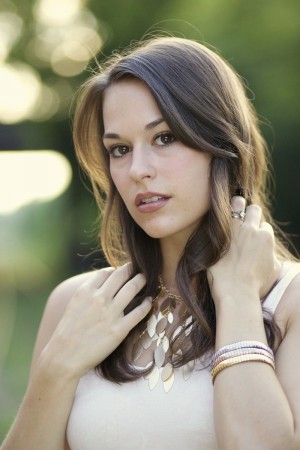 It’s an extraordinary achievement for the young Alabama born actress. But Rachel says she doesn't believe in coincidences.

"It’s come out of nowhere. To go to the scale that October Baby has gone as my first film is tremendous. I don’t think it’s coincidence at all. I don’t believe in coincidences we have a designer and a maker who knows the plans for our lives and lays them out before us and we have the ability to choose to follow that path or go another direction."

October Baby sees Rachel play Hannah – a teenager who discovers she survived an abortion and was later adopted.

Despite being marketed as a pro-life film, Rachel says she wasn’t pro-life or pro-choice before reading the script.

“I was more in a place of indifference. [The film] really pointed me towards understanding the beauty of life and it made me think outside of my prejudices and box I grew up in.

"It’s not about what we tell people to do or what is right and wrong or there being a black and white but the grey matter in between and the fact that people need love and need to be understood, cherished and forgiven for  mistakes. There is grace and grace is big enough.

Rachel agrees with those who have praised the film for its subtlety.

“Film makers want to ask questions when they make a film, they don’t want to shove answers down your throat.”

This same respect for the audience was also directed toward the actors involved in the project.

“The directors were more interested in hiring actors who could pull off the part regardless of what their beliefs were,” she explains.

“Whether or not actors believe in the part they are playing is irrelevant. The directors don’t force the belief on the actor they just demand the actor respect their belief as a filmmaker. That’s a very safe and practical way of casting a film like this.”

The messages of redemption, hope and forgiveness and all of these things that are elements of the gospel are told so well through film

With well known pro-life figures endorsing the film, October Baby has been viewed as pro life. But Rachel doesn’t agree.

“It’s a pro-choice film because it shows in every choice you make there’s grace, love and forgiveness. My manager actually said that to me at one point – ‘don’t tell anybody I said this it’s actually a pro-choice film!’ I’m laughing and saying ‘hallelujah’ because you don’t want something to come across as abrasive. There are hard truths that need to hit us over the head sometimes but this is not one of them.” 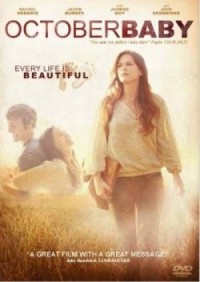 In the time leading up to shooting October Baby, Rachel says she didn’t know what to expect.

“I’d only done TV pilots, music videos and a couple of really silly commercials. The amount of time and energy required was new to me. I just kept thinking ‘wow this is my job and I’m doing this!’ I’m very proud with how it turned out and how successful its been. I’m still processing that!”

Now that the film has been released worldwide, Rachel daily gets messages on her Facebook page from grateful viewers.

“So many people pour their heart out and it’s like I’ve opened up a door for them to share deep things in ways I didn’t expect that would come with this role.

“A lot of the feedback has been ‘this film is so healing. I’m an abortion survivor and I felt like I healed a little bit when I watched this’ or ‘I was finally able to forgive my daughter for having an abortion’.”

“At first it alarmed me because I thought, ‘What am I supposed to do? How am I going to encourage people with my silence?’ I want them to know I’m hearing what they’re saying and I’m thankful. But when it’s 100s and 100s of messages you just have to hold it in, be thankful for that experience and release it.”

The success of October Baby has catapulted Rachel into more work. Still living in Switzerland where she has a small photography business, the up coming actress hints that a move to LA could be on the cards next year.

Having just returned from South Africa, Rachel is excited about starring in new film The Perfect Wave. Based on a true story, the movie will follow Ian McCormack’s journey from New Zealand to South Africa before he is stung by a box jellyfish. Ian’s story of how he died, met Jesus and had a vision of heaven and hell has already been shared all over the world.

“I play his love interest Annabel who he meets in Bali Indonesia. It’s a powerful, powerful film. We’ve just wrapped and I’m sad! I can’t wait for people to see this movie.”

Rachel’s passion for acting is evident in her DVD collection.

“I have always been a huge nerd when it comes to movies. Our movie collection is embarrassing. It’s massive.

“I’m a huge fan of telling stories. The messages of redemption, hope and forgiveness and all of these things that are elements of the gospel are told so well through film and as human beings we connect to film because we’re watching it happen. We really do experience movies and I’ve always felt movies deeply.

I don’t believe in coincidences we have a designer and a maker who knows the plans for our lives and lays them out before us and we have the ability to choose to follow that path or go another direction.

“I never thought I’d have the gift of being a part of that and telling it on the other side of the screen.

“I’m just trying to walk the path he’s laid down for me and so far its been telling stories through acting. It’s always been an interest and a huge part of my life and I hope it will continue to be. Movies are just timeless.”

Looking to the future, Rachel could be starring in a very different film. The makers of October Baby are interested in shooting a comedy. As someone who doesn’t want to be typecast, the actress is looking forward to a different challenge. 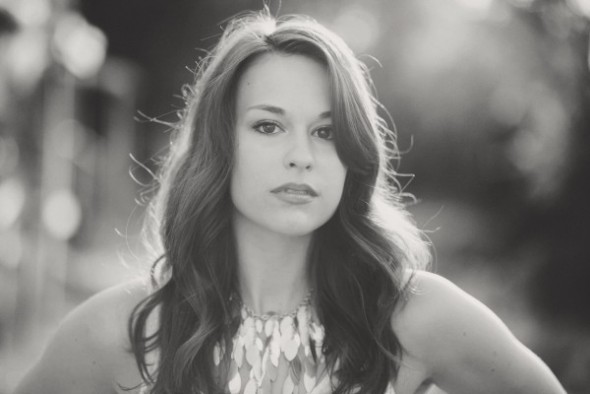