When it was announced that Great Britain would host the 30th Olympic Games, the British media had seven years to root around for stories.

While some took the time to analyze the journeys of British hopefuls to London 2012, much of the national press were not so positive.

From concerns over traffic congestion, to the last minute scramble for security personnel, the media appeared to delight in ripping apart the games' credability before a single event had started.

Even airlines misplacing athlete’s luggage made national headlines as the world descended on London.

Perhaps cynicism should have been expected, it’s one of the things that Britain is consistently good at!

It’s fair to say however, that since Danny Boyle wowed the nation with his opening ceremony, most of the media’s negativity has been swept away and forgotten about.

Individuals who said they weren’t interested in the games have been drawn in to watching sports like Rowing and Shooting, as Great Britain far surpassed the nation’s expectations with gold medal after gold medal.

As well as winning plenty of medals, the aim of London 2012 was to ‘inspire a generation’. It’s only when we kiss goodbye to our British cynicism that we can allow ourselves to be inspired.

As the nation has watched interviews of athlete after athlete, some common themes have emerged. Hard work. Perseverance. Belief. It’s these things that are common to both the Christian faith and sporting excellence.

Whether you've been watching the Games, reading the remarkable story of Olympic gold medalist and Christian Shawn Johnson, or re-familiarizing yourself with Eric Liddel’s achievements on and off the track, inspiration is inevitable.

It’s been great to watch the Church throw itself into the proceedings. Everything from More Than Gold’s vision to mobilise hospitality to Messy Church’s Sports Fun has helped the Church engage with the biggest event of the year. 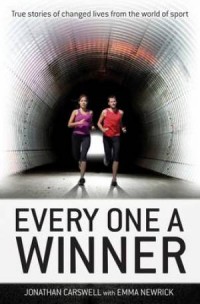 With people from so many nations converging on London, the opportunity for Christians to share their faith has been enormous. Testimonies are already emerging of changed lives.

Here at Christian.co.uk we’ve been getting involved too. Readers have enjoyed our article on 25 year old “blade runner” Oscar Pistorious, who became the first double leg amputee to run in the Olympic games. We’ve also let you know about five other Christians participating at the event. Of course, there are thousands of athletes with a strong Christian faith, so if you’re interested in hearing more stories then check out Everyone's a Winner.

But with all the excitement of London 2012 let’s not forget we’re only a week and a half away from the Paralympics. Let’s hope the Paralympics get the same amount of attention as the Olympics. They're set to be equally inspiring.

The Church’s record on accessibility is mixed to say the least. Many are hoping the Paralympics will enable the Church to think more carefully about its treatment of those who are disabled and need help in order to access and enjoy fellowship with Christians.

Writing as someone who sometimes suffers from an unhealthy dose of skepticism, which slowly evolves into full on cynicism, you may think it ironic at best and hypocritical at worst for me to write this. But as I sat with thousands of other delegates at this year's New Wine LSE conference watching the opening ceremony, I made a decision to embrace the Olympics.

Looking back on the past weeks, I'm very pleased that I did. It was good for me. Ditching cynicism requires making a conscious decision. Such a decision to embrace our surroundings and situations needs to be made every day in order to truly follow Paul's commandment to "make the most of every opportunity" (Eph5:6). It's amazing the difference a positive attitude can make. And if you don't believe me, just ask any of this year's gold medalists.

While I did enjoy watching some events, those that interested me< I do feel that it is wrong to pour such vast amounts of money to people who are indulging in their personal hobbies just because they have chosen sport as a hobby. I do admire the likes on Andy Murray who earns his living by playing sport but so many of the other participants seem to feel that the country owes them a living. Why do we only have student loans for people who will be our doctors, dentists etc but give millions to athletes. Also what about those who have other hobbies, why do they not get grants and support?